A bust of Nelson Mandela has been unveiled in Taguspark. The sculpture, made of wood and polyester and covered in chrome/mirrored stainless steel, is a tribute to this outstanding figure in world history and defender of human rights, freedom, and democracy. The bust, conceived by Clo Bourgard, can be visited every day at Nelson Mandela Square, next to the Central Hub, and already forms part of the Taguspark urban art tour. The unveiling ceremony featured John Battersby, the South African journalist who interviewed the anti-apartheid leader most often and who became famous for embracing Nelson Mandela when he was released from prison.

The sculpture is an artistic tribute to Nelson Mandela’s fundamental contribution towards defending freedom. In the sculpture, a huge, two-metre-high mirrored head rises from the ground as if it were a ‘captured voice’ declaring to the heavens a fundamental principle – Humans are free beings!

In the sculpture we see Mandela, and at the same time we see ourselves. There is an intentional fusion in this work. Mandela’s Head by Clo Bourgard seeks to draw our attention to adversity, to that which is inside and outside our social and cultural circle, and to our place in society, so that we can continue Madiba’s “struggle” – for justice, racial inclusion, and equal opportunities. The head is the expression of historical memory, and its (external) reflection from the mirrored material, of everything that exists around it. As Elisa Ochoa states in her curatorial text:

“In 2019, I took a trip to South Africa, where I had the privilege of learning a little about South African culture and its intrinsic historical connection to Nelson Mandela. My attention was drawn to the sheet-metal roofs of the tribal slums outside the big cities, called Shanty Towns, which from a distance, created an absolutely incredible visual effect. I felt an intellectual anxiety to materialise everything I had seen into a piece of art. Then, when the invitation came from the Taguspark Administration, this entire abstract creative process materialised into a sculpture made of metal sheets like the tribal Shanty Towns”. This is how Clo Bourgard describes the inspiration that led her to design the sculpture.

Eduardo Baptista Correia, CEO of Taguspark, highlights that “The Knowledge City already had Nelson Mandela Square, and now also has a sculpture inspired by a great human being, a unique figure in the history of humanity. This bust is a tribute to Nelson Mandela, to his fundamental legacy for the ‘liberation’ of South Africa and for the great example he set for the world in upholding the values of human rights, equality, and fundamental freedoms. Let this be an invitation for you to visit Taguspark and behold this magnificent sculpture up close – an indispensable work of the urban art tour we are developing, and which fits in with two fundamental pillars of our activity, art and civic-mindedness.”

The The bust of Nelson Mandela now forms part of a Museum of Urban Art under development in Taguspark, which features works by various internationally acclaimed Portuguese artists, including Clo Bourgard, Boldalo II, Osir, Gonçalo Mar, The Caver, Styler, Youthone and the Rethorica Studio group. 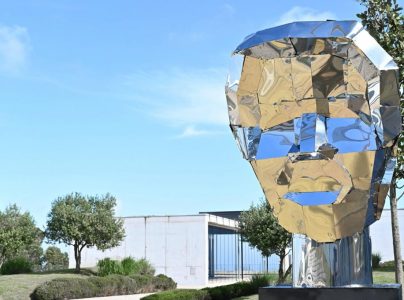 A bust of Nelson Mandela by the artist Clo Bourgard has been unveiled in Taguspark. 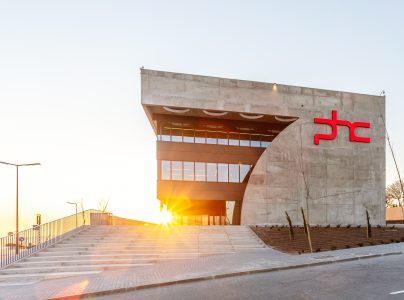 Simulator I, designed from scratch to revolutionise the future of work, is the new home of PHC Software.